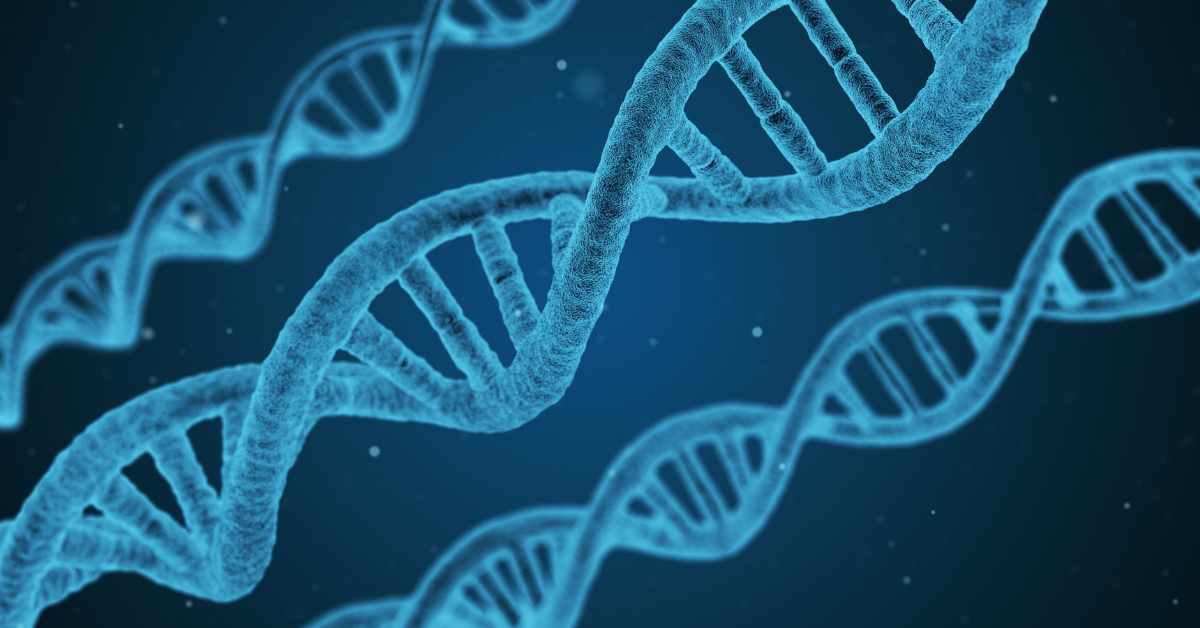 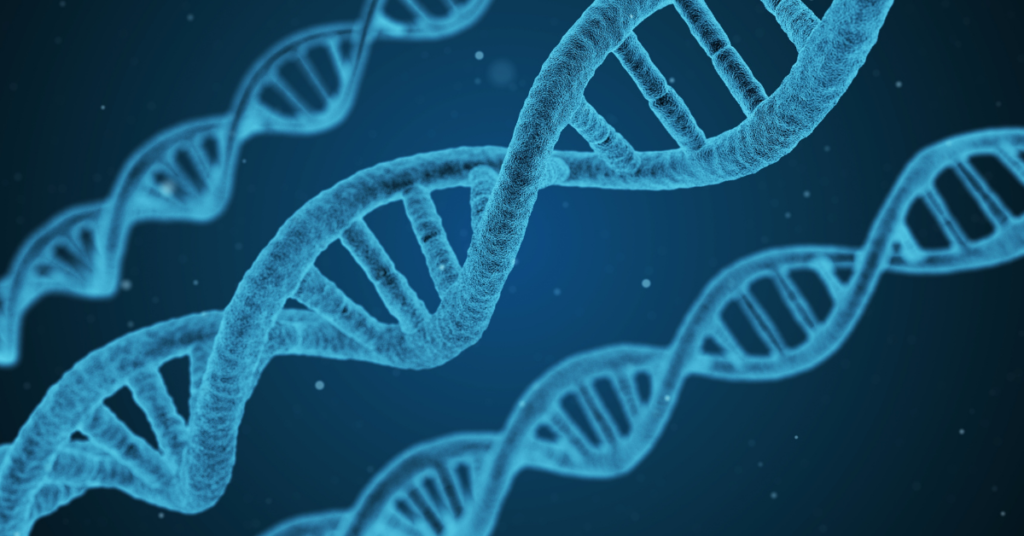 In a recent article we outlined concerns about genome editing. Since then we have been asked to give a simple guide to what it actually is. Well…deep breath and fingers crossed, and referring to far more knowledgeable people than I am, here is a shot it.

First of all, should it be called genome editing or gene editing? Are they the same thing?

Whichever of these terms you use is a catch-all, umbrella name for is a suite of new genetic engineering techniques that can be, or might be or can potentially be, used in plant and animal breeding, in human medical and animal veterinary treatments. It can be used to create heritable traits or non-heritable changes.

Other technological developments are being included in the “catch-all” – or possibly hidden under the umbrella – the whole time but for the sake of brevity, simplicity and sanity, the one I’ll focus on now, and the one you will have come across most often, is known as CRISPR-Cas.

Here’s bit of background which may be useful, thanks to colleague, Janet Cotter, for this. If you feel you are losing the will to live, scroll down and see if things are more digestible later.

So, where is genome editing in all of this?

Genome editing is where a small cut is made in the DNA.

You may have heard the metaphor likening it to the “cut and paste” function on a computer/word processor. Well, it’s not really like that. That’s part of the pro-narrative that bedevils this issue.

You may have also heard the term “molecular scissors”, which is supposed to elicit images of home dress making, a sort of 21st century cut and sew pattern book. It’s not really like that either.

Right, to quit the imagery; first of all, the “molecular scissors” are enzymes (which are small proteins also called nucleases). These enzymes create a cut in the DNA after they have been guided to the targeted point by an artificial protein or artificial stretch of RNA.

The mythical “paste” part of the edit then occurs either by organism’s own system repairing the cut or by inserting a template of artificial DNA or RNA which directs the repair.

At this point transgenic i.e. “foreign” DNA, bacteria or virus’ can also be inserted.

In all three instances, changes occur to the gene during the repair process.

It is important to note, that this is entirely an “in vitro” (“within glass”) procedure – taking place in a test tube, culture dish, or elsewhere outside a living organism.

An important bit more about the edit repair

There is more information about this process and a nice diagram here.

Unfortunately, I have to introduce a new term here in order to explain what is becoming a policy and political issue in the debate to deregulate genome editing.

The term is site directed nucleases or SDN, and there are three of them called (relatively considerately) SDN 1,2 and 3. This term refers, firstly, to the process of directing the process (the enzyme cut) to a targeting point in the DNA and then to the type of repair mechanism mentioned above.

SDN1, is where the organism repairs itself; SDN2 is where an artificial DNA or RNA template is inserted; and SDN3 is where significant foreign genetic material is inserted with the template to create a transgenic organism.

All genetic engineering causes disruption to the genome of the targeted organism, that’s the point of it after all. The claim for genome editing is that it is more precise and therefore less disruptive and damaging than earlier genetic engineering, and even than some types of traditional breeding.

However, the evidence is mounting of far more significant unintended and off-target effects than initially thought. Much of this evidence has come to light in medical research but has implications for food safety.

It is notable that genetic engineers and researchers working in the medical field are much less gung-ho, more cautious and more open to regulation of the technology than those in agriculture where the significance of these unintended and off-target effects is regarded as less important.

As I mentioned earlier the European Court of Justice ruled the genome editing is genetic engineering and falls within the scope of the GMO laws.

The essential points about the legal definition of GMOs and the process of producing them is that they and it would not occur (or normally occur) in nature. As we have seen, genome editing takes place entirely outside of natural, living organisms “in glass”. So how can anyone argue that genome editing is anything other than genetic engineering and outside of nature?

It is widely accepted that SDN3’s are GMOs and fall under the GMO regulation. But it is argued, that SDN1 does not involve any insertion of foreign genetic material, relies on the organism’s (plant or animal) own living repair process and results in something that might be found in natural or traditional breeding processes – or it is claimed, is “akin to nature” or “like nature”.

It is further argued, that some applications of SDN2 might also considered in the same way.

You might have a simple response to that claim.

Simplified but not simple

I have tried and I hope made a passable job of explaining this. The links in the article give far more information, as do the websites of Beyond GM and GMWatch. They are on the sceptical side of the debate but there are plenty of information sources on the pro-side. Regrettably, many of them are organisations and bodies who ought to be giving impartial information are amongst them.

We are clear that we believe this is a technology incompatible with a wholistic approach to health. But it might have a role in what some might perceive as “sustainable” farming and food. In which case, a more open, honest, transparent discussion of the technology would be helpful. I hope this attempt at explaining terminology has helped a bit. 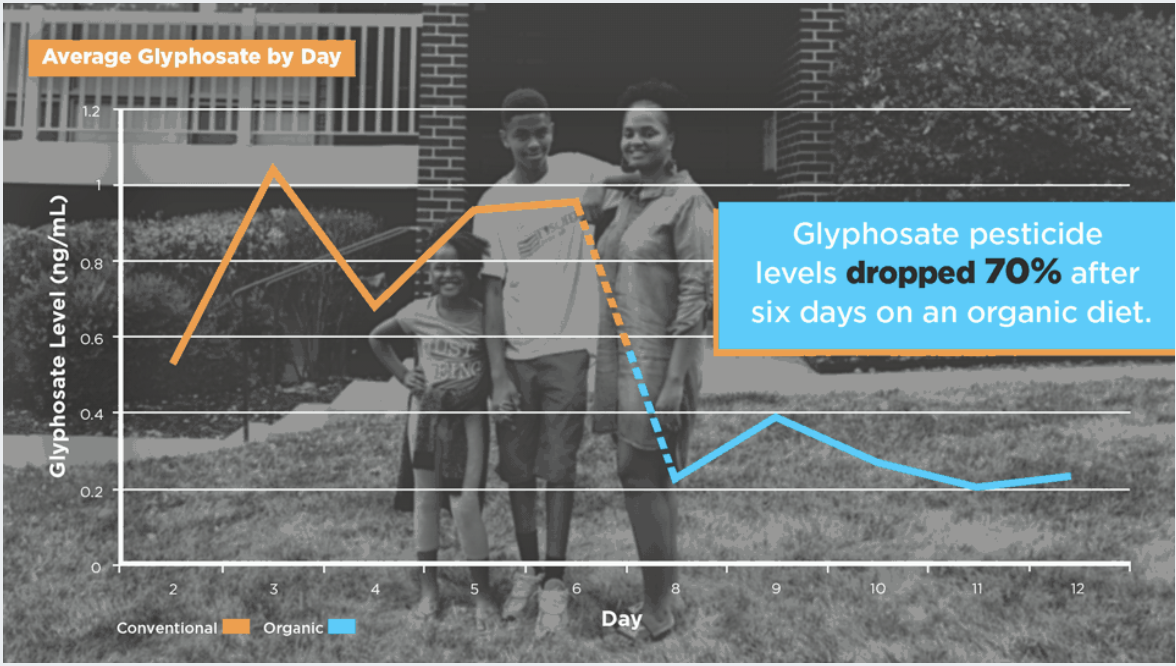 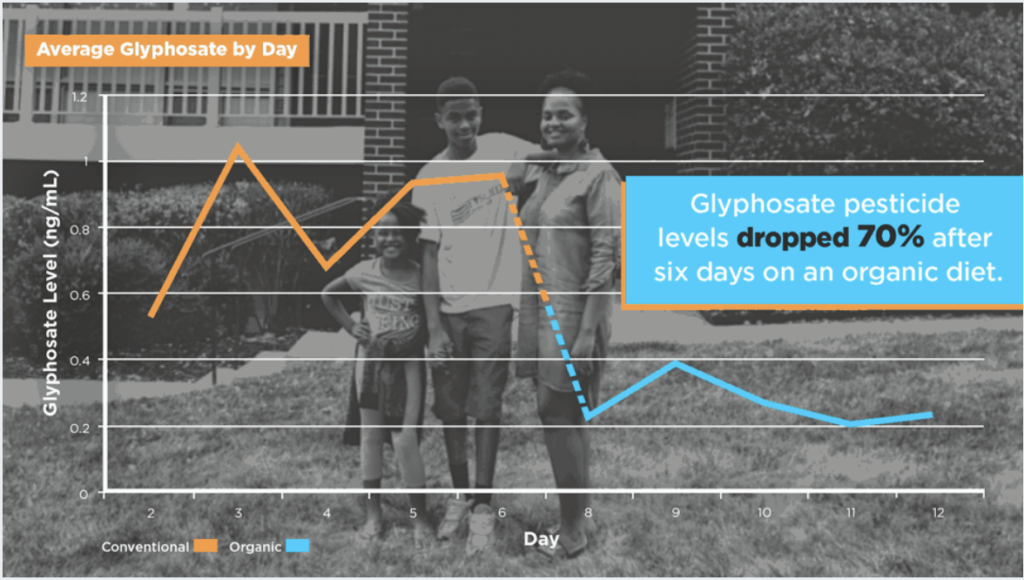 A peer-reviewed study published in the journal Environmental Research found that levels of the pesticide glyphosate in participants’ bodies dropped an average of 70% after six days on an organic diet. The study is one of the first to examine how an organic diet affects exposure to glyphosate, the active ingredient in Bayer’s weedkiller Roundup, the most widely used weedkiller worldwide. It also indicates that for the general population, the food they eat is a primary way they are exposed to this pesticide.

“It’s striking that levels of this toxic pesticide dropped so dramatically after less than a week. Given our results and related studies on how an organic diet rapidly reduces pesticide exposure, we could expect to see similar reductions in glyphosate levels in most Americans if they switched to an organic diet,” said study co-author Kendra Klein, PhD, senior staff scientist at Friends of the Earth. “That’s the good news. The bad news is that most of us are eating glyphosate-laden food continuously, resulting in daily doses of the chemical from breakfast through dinner.” 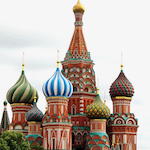 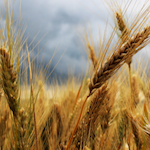 There is no question that our food system is broken. The way we farm, the way we process, sell, buy and eat food has become an exercise in a polluted environment and polluted, undernourished bodies.

Against this backdrop the word ‘organic’ is sometimes waived like a flag – or worn like a magic cloak – that protects us from harm.

The image of organic, of an agricultural system that promotes healthy plants, animals, soil and humans; that emulates and sustains natural systems; that promotes fairness and justice for all living things; and that cares for future generations, is still strong and is still substantially true.

Organic is the most widely-used system that comes closest in practice to genuinely sustainable farming. But it’s under attack on many fronts. In part this is because there can be a large space between image and the business-as-usual reality of food production. Even with the best will in the world, unsatisfactory practices can creep in and, increasingly, corporate and industrial farming and food interests seek to benefit financially from the cache of organic while at the same time belittling, and in some cases ignoring, its core values.

As in many things the US leads the way in this. Hydroponics and concentrated animal feeding operations (CAFOs) have both been allowed in organic foods certified by the United States Department of Agriculture (USDA), in the face of considerable opposition, recently formalised under the banner of the Real Organic Project.

The US has also been blighted by the rise what some call ‘Big Organic’ – an upscaling of organic production that mimics industrial agriculture in its reliance on monocultures, intensive animal rearing and industrial processes. One component of Big Organic is some of the well-established organic brands that have been bought up by large food conglomerates; another is the proliferation of ‘organic’ supermarkets that operate in the same unfair and unsustainable way as their conventional counterparts.

It might be argued that this is simply the consequence of continued and healthy growth in the organic market. Even if that is the case, it is also part of a subtle trend that chips away at the essential nature of organic using mumbo jumbo about the inevitability of market forces and opaque certification.

Read more……click on the link below. 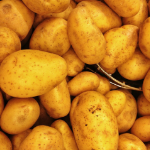