Hammering it home! Organic is good for health 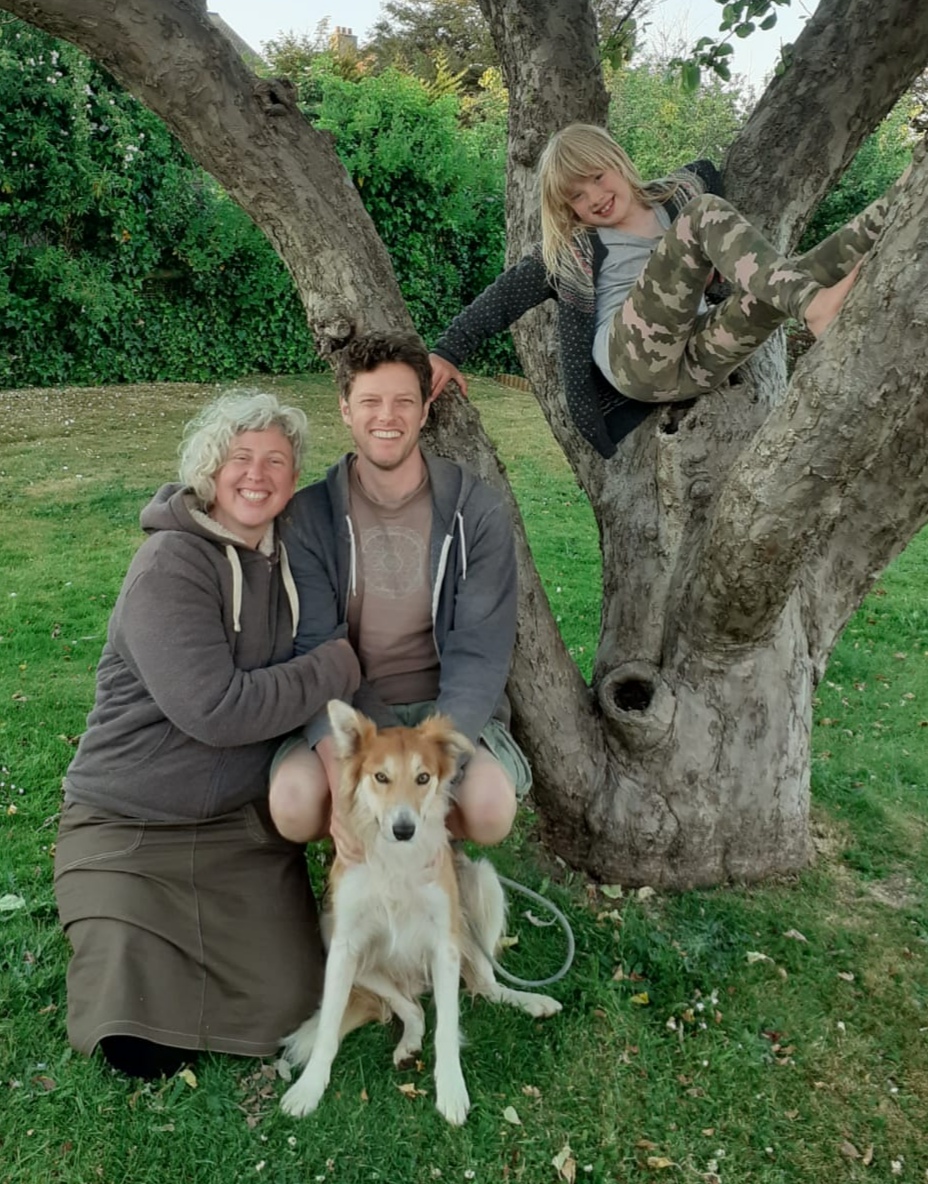 When Laura Williams and Jon Theodosiou got together in London, big things happened.

Laura Williams is the artist with Aluna in her sights, a monumental Moon clock for the Greenwich meridian: www.alunatime.org. Jon worked in the modern IT world. They knew they wanted to learn how to become self-sufficent and produce food together.

A wooded valley just outside Sidmouth in Devon became their home and, after much learning and a bit of trial and error they now produce organic chicken and eggs. bulstonesprings.co.uk  Facebook: @BulstoneSprings 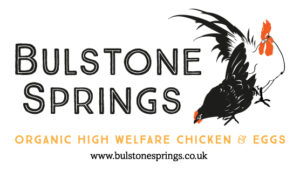 Now, the kind of ‘organic’ chicken that grace the shelves in the supermarket is a far cry from the produce that comes out of Bulstone Springs. This is not an offshoot from a huge chicken venture that sidelines in organic; this couple started with nothing and have built their business from scratch. Fortunately Laura with her artistic and sculpting background is a dab hand with a hammer and, because the valley, its best fields on the tilt, meant purpose built housing from the get go, those skills were put to good use straight away.

Once hen houses are built, fencing sorted, suitable feed tracked down, hens bought, housed, fed and watered and cared for daily…phew! producing eggs is pretty easy. The officialdom of organic inspection, the state egg inspectorate, environmental standards agencies and trading standards can be satisfied with a clean shed and table. Hence the business took off selling into the locality. But this couple had greater ambitions than that.

Finding a decent chicken to eat themselves had always been a problem. Finding a chicken that came up to the welfare standards that they could in clear conscience actually eat themselves was even more of a problem, and they figured if chicken meat-eating lovers like themselves had a problem sourcing properly good meat there must surely be a market for exactly that. 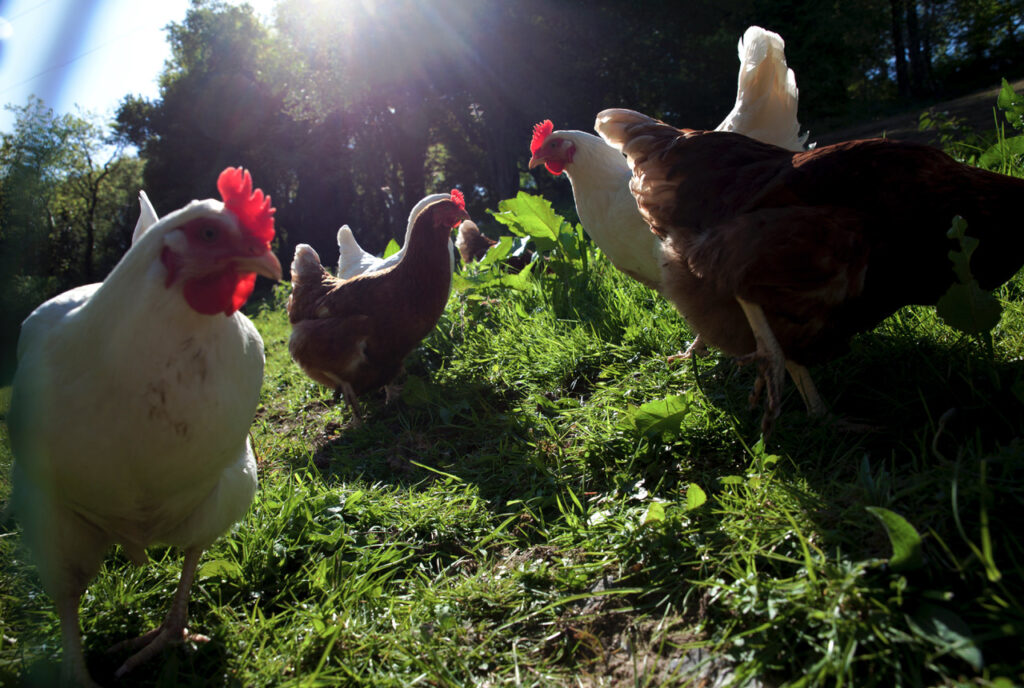 Number one, it would have to be organic. The organic symbol had been their guide when shopping in London, the only way to be sure of chemical free food. For them it was a no brainer putting the least toxins into either themselves or the environment their food was grown in, the only part of their lives they could control until their big move to the countryside in 2010 where they could breathe fresh sea air and be surrounded by trees.

There are a few organic certification schemes to choose from. Laura and Jon went with the Biodynamic Association www.biodynamic.org.uk. The BDA certifies to its own Demeter standard but is also a legal certifier to organic standards. The office is small, the staff are helpful and it seemed the more personal of the bunch. Organic certification is no light undertaking. Customers are relying on this mark to trust the food they eat, but it costs. There are strict records to be kept and time has to be made for even more inspections than an everyday food business.

Next, tackling the meat market, so far so good, Jon and Laura had the expertise in looking after hens under their belt. Taking the next steps of sourcing the day old chicks, and how to look after them was another big learning curve. Checking on heat lamps and regulating temperatures through winter storms and summer heat waves is only part of the game,  but that’s really the easy end of the whole chicken meat process.

Most farmers who produce any meat rely on an officially regulated abattoir to do the tricky job of killing and preparing the carcass for eating. All this has to be hygienically done and is usually a totally separate business BUT this couple again eschewed the norm because no poultry abattoir in the vicinity actually could come up to the standards they had set themselves.

Taking out the tool kit

OK Laura, time to take out the tool kit again! Both pored over plans and decided on a barn nearest the entrance of the valley which was already set up with at least a modicum of services, and set to modifying it. The planning permission was one hurdle, building it with a local builder and volunteer team the next, and then learning to do the killing, plucking and preparing was another. Grit and determination, played its part as well as a brain-busting financial undertaking, thankfully made more manageable with match funding from the EU Leader Making It Local programme.

A modern processing unit with ‘in’ and ‘out’ doors emerged in all its cold room, stainless steel, washable wall glory, fitted out with state of the art stunners, packing equipment, fridges and freezers. Ready for the cold stare and tick boxing of the raft of inspectors once again.

But wait, the finishing touches in the abattoir are much more esoteric. A  separate darkened lobby to keep the chickens as stress free as possible, and a thank you prayer on the wall which Jon says to each and every chicken that passes through this place. A reminder of the real heart of these young people who put themselves out to do the thing that keeps them clear of conscience and tummies well fed. Not only their own tummies but in the midst of all this building, business decisions, massive practical learning curves a baby was added to the family.  Hello Esme! 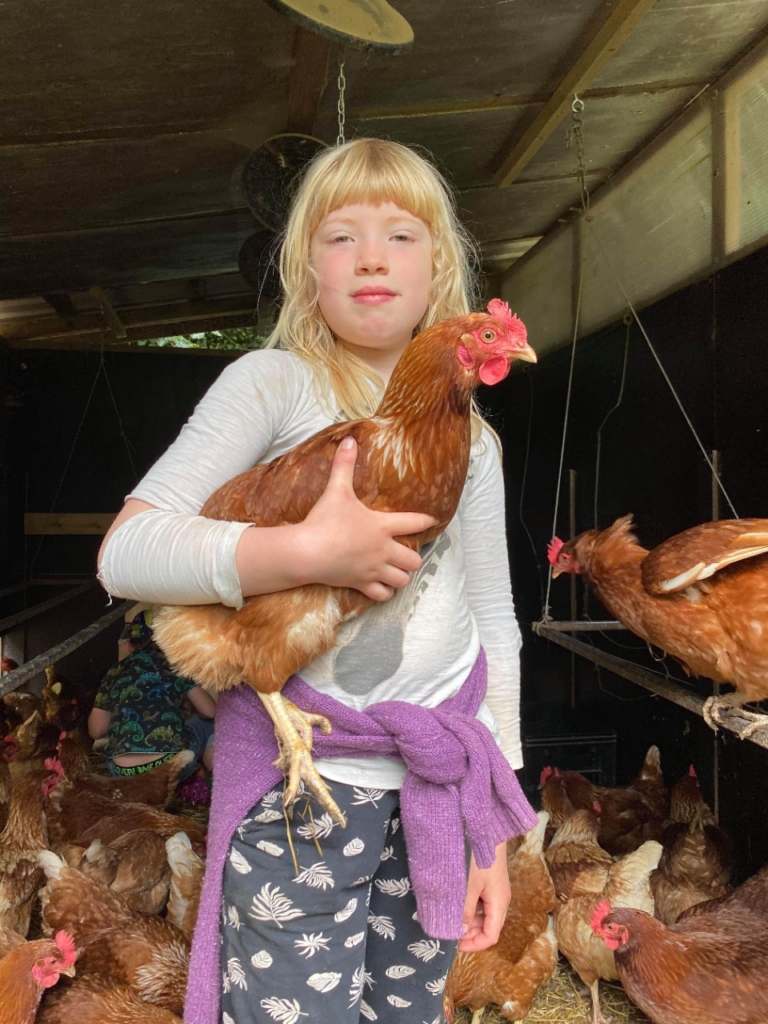 Commitment at its peak

All you chicken eaters out there, this is commitment at its peak. When the usual processing standards for poultry are looked into it becomes clear that they are not great. Jon was always aware that he had some food sensitivities, one very good reason for choosing organic food for his plate years since. A mere glance at the everyday chicken plucking process involves a lot of smelly water. The kind that gives every bacteria the time of its life and time to multiply exponentially. Campylobacter is not as well known as salmonella as a food hygiene issue, but it is as rife and problematic for young, elderly and the immune suppressed.

Once again, the less easy road is trodden and dry plucking their chosen method, this time Jon rolling up his sleeves and getting on with a very different job than keyboard tapping.

The chicken sold well through farm gate sales, farmers markets and online (Jon’s territory again). The high end restaurant trade was in the mix, at least up until a few months ago! Then covid happened and something that had been talked about for ages suddenly became priority. A local producers co-op www.inmybackyard.co brought the sales closer to home and now selling locally, which was their original intention, shifts most of their produce.

Organic farming is not just about the produce. This steep sided valley with well established trees and – as the name Bulstone Springs rightly suggests – clear running water, is also a wildlife haven with plenty of owls, orchids, bats, newts, foxes, butterflies, dragonflies, lichens and more. Only a small acreage is cultivated for the poultry business as well as a market garden run by fellow coop members Browings & Comhar, a shepherd’s hut and tipi houses a forest school, the big barn a poultry abattoir, workshop and food coop. Jon, Laura and Esme have also enjoyed hosting WWOOF and Workaway volunteers for a number of years. 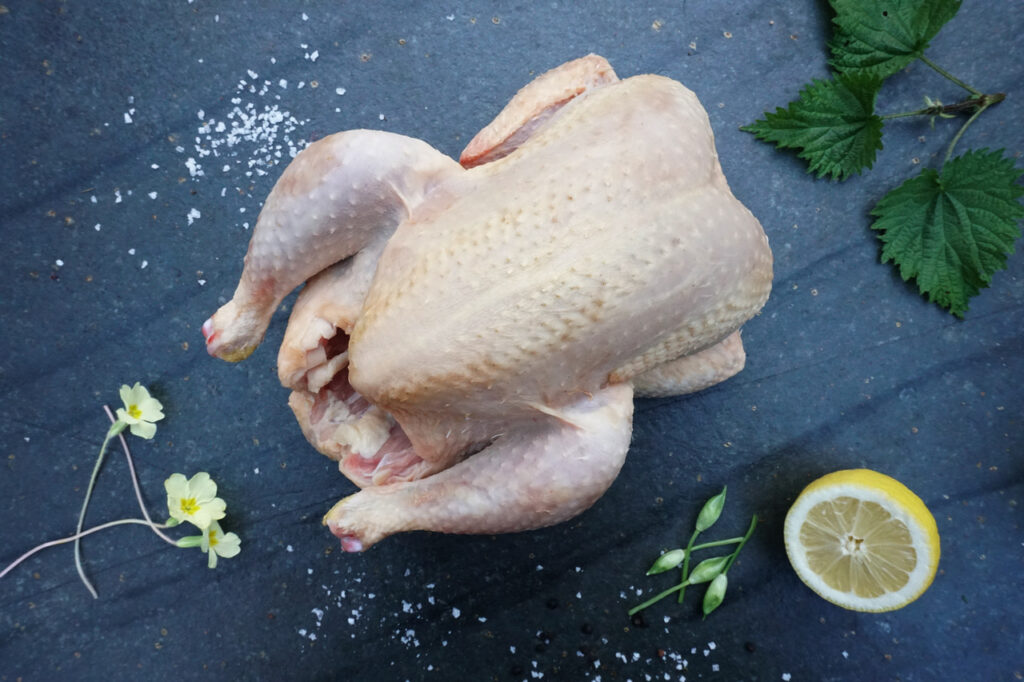 Another really good reason for an organic diet

Laura and Jon started buying organic years ago, and, inspired by the farmers at their local market in Hackney and mentored by Providence Farm and other high welfare poultry specialists, they became organic farmers and processors themselves. Recently Jon has discovered another really good reason to keep up his organic diet.

In his own words:

I have recently discovered I am allergic to pesticides and herbicides, particularly glyphosate, and if I eat too much non-organic food I can suffer from an anaphylactic shock reaction. Many more people probably suffer various systemic health problems from chemicals in food, which they are not even aware of as their reactions might be more subtle than mine. It took me two decades to determine the cause of this!

There are just a couple more things to mention. Jon’s passion for cooperatives and open source technology has led him to becoming a director for the Open Food Network (the digital platform used by their food coop). Laura continues to nurture her artistic ambition with Aluna, a project that’s all about celebrating our connection with nature. Its renewable energy supply, a 554-PV panel solar installation, was completed just before lockdown. Next the main bit: building Aluna itself. 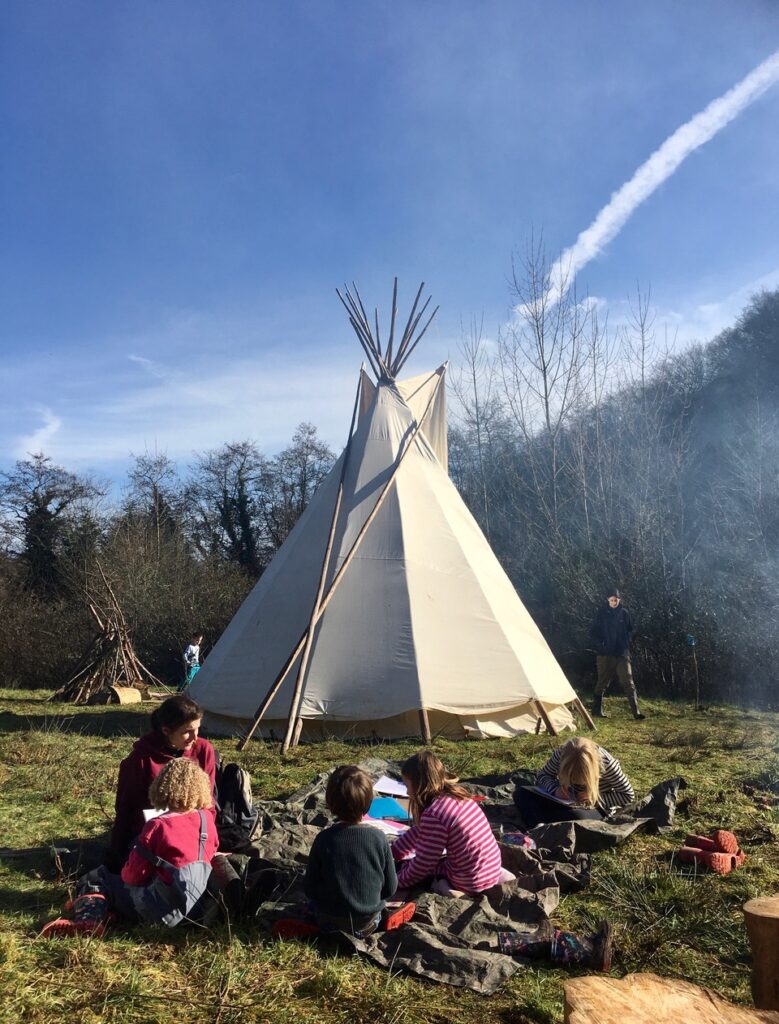 Alongside this, Jon and Laura are once again poring over their plans back home and getting their tool box out again, as they are planning to build their own house.

Let us wish them well in their organic venture.