The Government's stance on Food Import Standards is winding me up! 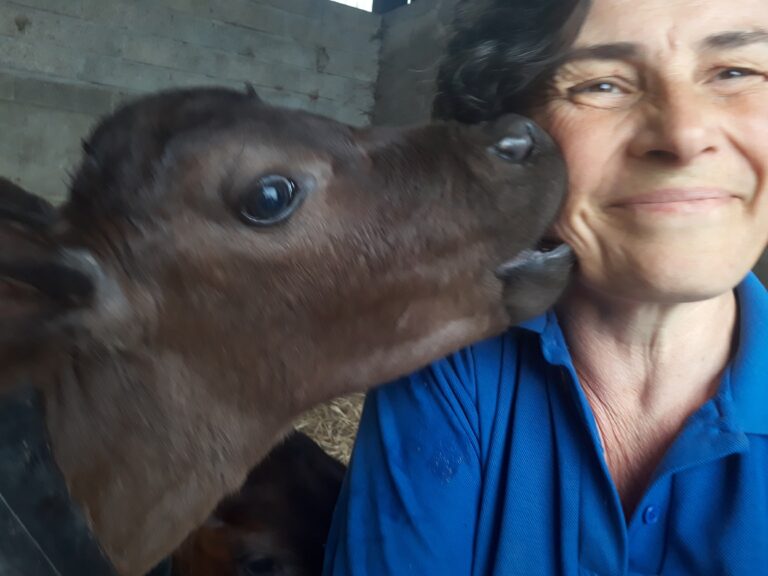 Dairy farmer and homeopathy user, Bridget Whell is furious about the government’s refusal to protect the UK’s high farming standards in Law.

The Government’s stance on Food Import Standards is winding me up!

I’m not particularly political but I’m becoming so. The government’s failure to support its own manifesto commitment that food imports in future trade deals will have to meet the UK’s standards for environment, animal welfare and safety has become a real “bee in my bonnet”.

It’s an issue that has such fundamental and clear red lines that I can’t understand why it was not included by the government in the new Agriculture Bill in the first place. But for them to then insist that Conservative MPs vote against an amendment brought by the Chair of the Efra Committee, who is a Conservative MP, with members of all parties and supported across the farming sector, just seems like a betrayal. So, I wrote to my MP, who had always appeared farmer-friendly, stressing why the amendment was so important to me, my family and farming family businesses like ours throughout the country.

He replied saying I made some very good arguments – to the extent that he offered to meet up after the current crisis and chat about it. He stated:

"As far as it is up to me, I will not countenance the under cutting of our own food producers by allowing food of lower provenance to flood our markets”.

But then he then voted against the proposed amendment that could have prevented just that.  Despite a Manifesto and a personal commitment, it appears that he could countenance it after all!

Initially the line was that the Ag Bill was ‘not the place’ to deal with the issue, the Trade Bill coming up would be the appropriate place.  With the complexities of legislating for agricultural production values you soon realise that the Trade Bill (which is obviously wider ranging) cannot be that place.

When called out on it, he claimed “the job is already done in the ‘Brexit Bill’ that enshrines EU law”, saying nothing of future developments in the EU or our ambition to be world leaders not ‘EU followers’.

Oh,…. and anyway, he further stated, that the Food Standards Agency is powerful in protecting our food and having further protection would reduce the opportunities for our farmers to take advantage of export markets and no other country does it anyway!

He’s making excuses and back tracking as fast as he can, but he’s also wrong.

So I took his comments to the NFU, which is working very hard at the moment to keep us informed and farmers’ voices heard – yes, I am a member and don’t understand any farmer who isn’t – and they have highlighted an interesting anomaly and pointed out that politicians have started talking earnestly about our Food Safety Standards and their protection. However, we need to note that this is not what we are all talking about. We are talking about ‘food provenance’ and production values. This is something very different from basic food safety and something that most farmers in the UK strive for and many consumers place a high value on.

Yes, it is very complex to protect production values, and we do have adequate protection of our product (food) safety, but we have amongst the highest standards in animal welfare, traceability and environmental protection in the world. The government’s election manifesto recognised that and promised not to compromise it. Our MPs are being fed a line and too many are falling for it. A letter from the Secretary of State and the Agriculture Minister to MPs reassures them that they “will not compromise”. Really?  We already know the US won’t accept our standards and agriculture is often horse traded away in favour of some other deal. So when he follows the Party line and writes that they also “don’t want to put up barriers to trade”, one can only assume it means they must be willing to compromise.

It is difficult to see how farmers can shoulder any more of the costs if there were a race to the bottom.  For example, the World Health Organisation (WHO) terms an egg as an egg.  There is no differentiation between an egg produced in a cage or free-range, as long as the egg is not a danger to health, so we have no negotiating power in WHO terms based on basic production and animal welfare standards.

My MP says no one else has production standards determined in a trade agreement. Well he needs to look at the EU to Mercosur stipulation on egg production.  And the Chinese want higher standards of production than their own!  We ought to be breaking barriers and setting standards with ambitions to supply our own market – surely that’s the recent lesson of Covid19?

This is why we need our standards enshrined in Law and the reluctance of MPs to force the government to do so needs to be addressed.

So please sign the NFU Food standards petition and write to your MP, they need to know we care about British food and farming.

Meantime, I’ll keep on at my own representative and ensure his mail box is full of suggestions on how he should represent us!

Most useful reference for clarity on the situation is the view of NFU policy advisor Nick von Westenholz on Twitter.

And finally, the voice of the British people in a recent YouGov survey. 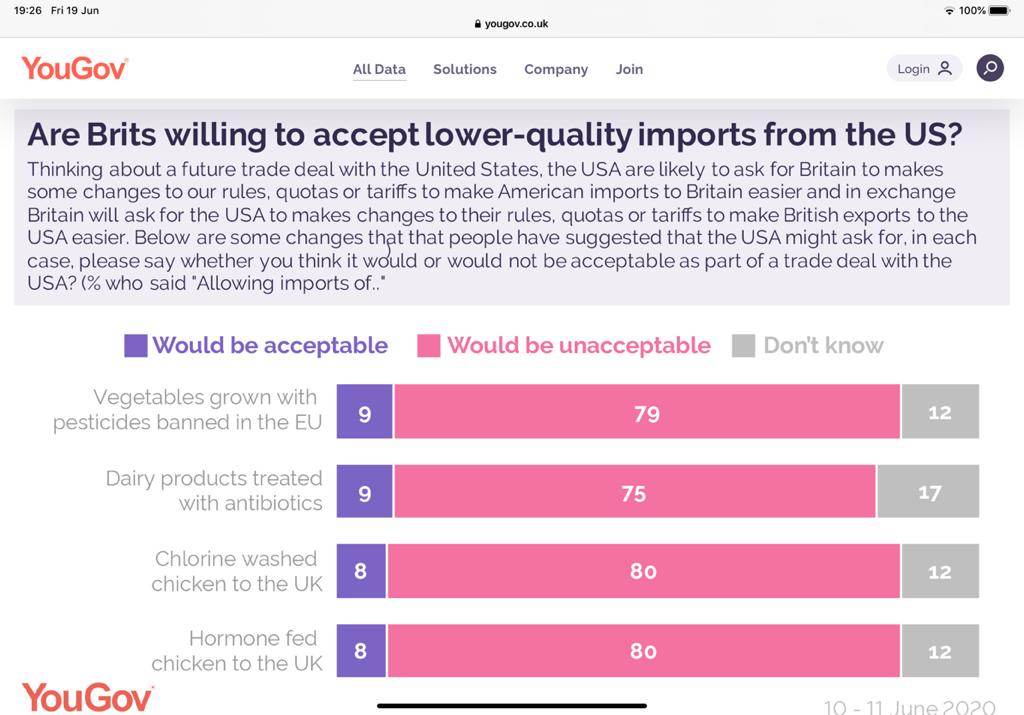 About the author:  Bridget Whell is a partner, with her husband Martin, in the family farm running 2 herds of cows in mid-south Cornwall.  Their herd has 385 milkers which calve in spring. The cows milk ‘off grass’ with very little additional feed. Their milk goes to Trewithen Dairy, famous for its Cornish Clotted Cream. Bridget did farm homeopathy course about 13 years ago and now uses homeopathy extensively for her calves and has noticed increasing interest from staff and family.