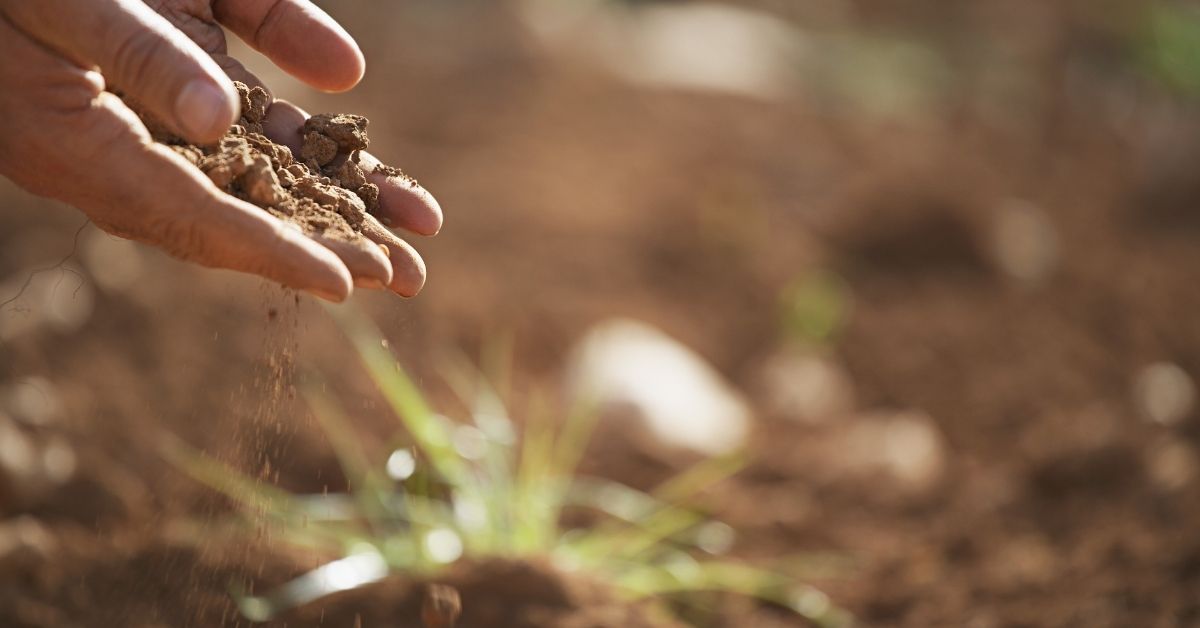 Mark Measures is regarded by many people as the doyen of UK organic farm advisors. He was the first farm manager of Elm Farm Research Centre and then moved on to develop and lead EFRC’s Organic Advisory Service for 15 years. Heading a team of advisors which eventually number over 20, he oversaw the conversion of many leading organic farms. He created and for 10 years ran the Institute of Organic Training and Advice. He is the joint editor of the biannual “Organic Farm Management Handbook”.

With his wife Joy, he farms organically a beautiful 150 acres in Shropshire. The farm has never been conventionally farmed and has exceptional wildlife and conservation value with over 120 plant species in the meadows. About 20 acres is suitable for rotation with cereals or field veg. remainder is all permanent pasture which carry 51 head of cattle (17 of which are pedigree, rare breed, traditional Herefords) and 70 ewes (mostly pedigree Clun Forest with a few Kerry Hill).

Mark is passionate about the concept and practice of the wholistic approach to farming, food and health. What we mean by the term “Whole Health Agriculture”. Here are some of his thoughts about what this means from the soil perpective. 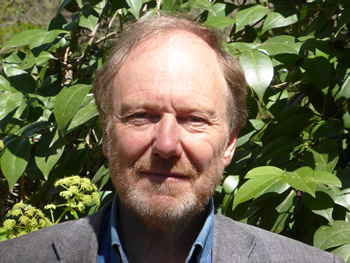 “The health of soil, plant, animal and human is one and indivisible”

That is a very profound statement, indeed in a world where human health is at risk of being sacrificed in some trade deal with the US it is probably a radical if not subversive concept. But what does it mean in practice?

When Eve Balfour coined the term in the 1950s she was building on ideas of human health based on the food we eat and the way in which it is produced, developed by McCarrison, Steiner and Howard in the 1920s and 30s, reviving ideas which go back to Moses and Hippocrates. These ideas were at odds with the pragmatists of the day, who thought little beyond the supply of carbohydrates and proteins for human health, initially successfully achieved through the application of soluble N,P and K fertilisers in the cheapest form available. No care for the consumption of finite resources, or the gross inefficiency of nutrient use, or pollution, or the quality of the food produced. No awareness that humans are part of a system where all the elements of food production, the environment, animals and humans impact on each other, up and down the chain and that the soil is the central player in these exchanges.

In recent years, along with WHAg chairman Lawrence Woodward, leading organic grower Iain Tolhurst and several other prominent and successful organic farmers. I have been involved in an Organic Research Centre project that focused on health, and in particular farmers’ perspectives on health.

The consensus amongst the many farmers from the three countries working on the project is that soil is recognised as the fundamental component, underpinning all others aspects of health. But how exactly does soil affect the health of the whole?

The soil is critical

Of course, the soil is critical in terms of the supply of basic macro nutrients (C, N, P, K, Mg and S) to enable plants to grow and produce crops for food, whether those nutrients originate from soil particles, soil organic matter, soil organisms or applied manures or fertiliser. They are transferred to the plant through soil solution and plant/soil biological associations.

Food quality is affected by the way we manage the soil; the decline in food quality during the last 50 years is partly caused by an unbalanced fertiliser strategy, typically found in conventional farming where relatively high levels of soluble macro-nutrients are applied, and the dilution factor; the increase in yields resulting from conventional inputs.

Soil is the primary source of trace elements in both conventional and organic farming, however soil biological activity and organic matter are crucial in ensuring the availability of trace elements; conventional inputs, such as Roundup supress biological activity. Trace elements such as copper, selenium and cobalt are essential for either plants or animals and humans and, as with macro elements, the judicious use of low applications of trace elements may be necessary to address underlying deficiencies in a soil. The basis of soil fertility is that which can be produced from the soil itself, including nitrogen fixed by legumes and energy in the form of carbon captured by crops, and recycling nutrients. The use of fertilisers should be restricted to a complimentary role and then only applied in forms and quantities where excess and pollution can be avoided.

A healthy soil has a high level of biodiversity, such as earthworms, dung beetles and mycorrhiza, many genuinely synergistic and integrated relationships, not only because this is important for increasing yield and quality but also because of the importance of soil biodiversity as a source of food for other wildlife and the wider environmental relationships. 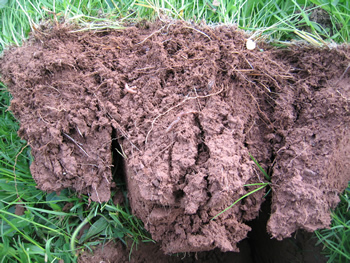 Effects of soil on food quality

There are of course several potential negative effects of soil on food quality and health, including some soil pathogens and soil borne diseases, however it is also clear that a healthy biologically active soil will supress human pathogens as well as those affecting crops. Some soils may be toxic, usually a consequence of excess application, for example excessively high heavy metal levels as a result of the use of sewage and excess nitrates, due to high nitrate fertiliser or excessive manure use, particularly a risk with winter salads. Others may have high levels of, for example, high molybdenum locks up copper, a characteristic of the Teart pastures of Somerset.

Some of the more subtle aspects of food quality and health, sometimes described as “life force” or “vitality “are also apparent.

Then there are some essential soil-related qualities of food such as taste or “terroir”, which, as in the case of wine and perhaps other foods, conveys some sense of well- being on people, which positively affect their health. And the biological qualities of food, such as the antioxidants, which affect the immune system, and the impact on the maintenance of a healthy gut flora.

In some societies there is a common habit of eating soil, similar to that found in many animals, seeking salt for minerals and clay, to bind mycotoxins and overcome intestinal parasites. Finally there are many experiences of the psychological health benefits to troubled and challenged young people from working with soil.

Soils vary in the extreme, according to the parent rock and past management. Common characteristics of a healthy soil include neither excess nor deficient macro and trace elements and a high level of biological activity including earthworms, fungi and bacteria which have a critical function in making nutrients available to the plant. Satisfactory soil organic matter levels are important; organic matter is a substrate for biological activity and a source of nutrients including nitrogen and wide range of other macro and trace elements. Soil organic matter is built up by the return of plant residues and animal manures, both directly and indirectly through the use of animal manure and green waste compost.

Green manures have the potential to capture carbon and provide the soil and its organisms with the vital energy to drive the cycle, along with legumes to fix nitrogen. This is the basis of food production, one which sees the farm and the plant and animal community as integral with the soil and the wider environment. Only where there are inherent deficiencies should the use of finite mineral fertilisers be used, and where possible less soluble forms should be used in order to avoid the imbalances and pollution that may be the consequence.

There are many examples of genuinely sustainable organic farming systems where soil fertility is maintained in the long term by minimal use of external inputs. Many soils have the capacity for infinite supply of nutrients although the need to find ways of safely returning human manure to the soil, where it belongs, remains an important aim. 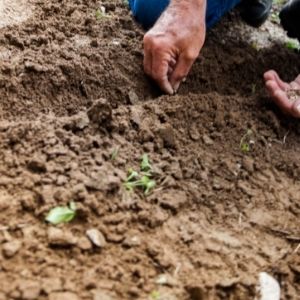 A surge of interest

The recent surge of interest in soil amongst “foodies”, politicians and, thankfully, amongst farmers and growers, is very belated and welcome. However, there is a large amount of misinformation around and controversial, contentious issues. I have covered some of these in a serious of articles on my blog including:

I started with the statement “The health of soil, plant, animal and human is one and indivisible”. In practice it recognises that there are nutrient and energy flows and recycling between each dimension and that management of farms should focus on effective recycling of crop residues and animal manures, maximising biological activity because that will be the most effective means of a well- balanced nutrient supply to the plant and ensuring crop diversity as a means of supporting healthy plants, animals, people and environment.

The WHAg team love to showcase farmers and supporters who epitomise the ethos of ‘Whole Health’. We live and breathe this approach, which flows through us in farming, work, and family.